Cancer arises from a complex and heterogeneous interaction of driver mutations that can affect hundreds of genes. The function of most of these genes, their interplay and how we can exploit cancer-specific dependencies for therapy is largely unknown. The recent development of spatial transcriptomes can further capture spatial information using RNA barcodes to distinguish different spots in the tissue. Understanding the spatial variation in gene information and its corresponding effects in terms of phenotypic changes to the cell captured in this transcriptome is crucial in understanding the heterogeneity within a tumour. While the data exists, an important question is how to integrate the morphology in histology images with molecular properties captured by spatial transcriptomics.

To advance the use of machine learning (ML) and artificial intelligence (AI) Rushin Gindra from the Helmholtz AI young investigator group “AI for Microscopy and Computational Pathology” of Tingying Peng at Helmholtz Munich showed his poster entitled “self-supervision in spatial transcriptomics” during the poster session at the Helmholtz AI conference from June 2-3, 2022 at Maritim Hotel & Internationales Congress Center Dresden.

In his poster he introduced a novel method on using self-supervision in spatial transcriptomics: This method predicts the gene-expression in each spatial spot using only histology images. Each node in the graph represents a barcoded spot in the tissue. The goal is to get the correlation between the phenotypic changes in the tissue image and the underlying genes. With the help of self-supervised models and neighbourhood dependencies of cancer tissues, he was able to predict the gene-expression from the tissue image itself, opening up wide possibilities to perform detailed analysis in existing data cohorts and also figure out therapeutic vulnerabilities. His method outperforms current state of the art methods for gene expression prediction in spatial transcriptomics. 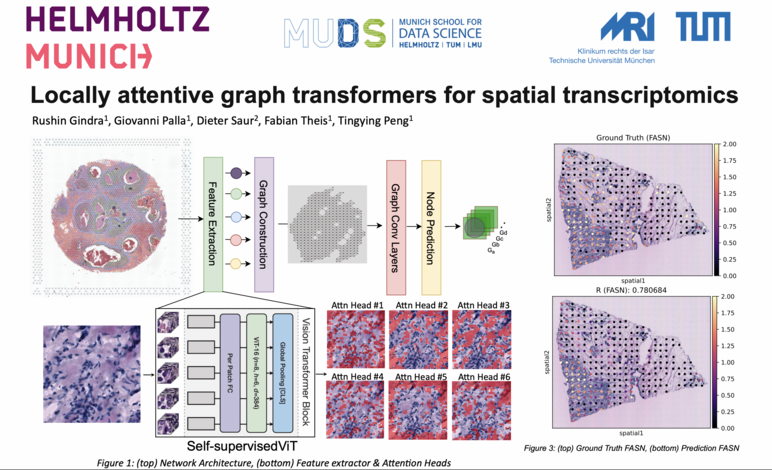 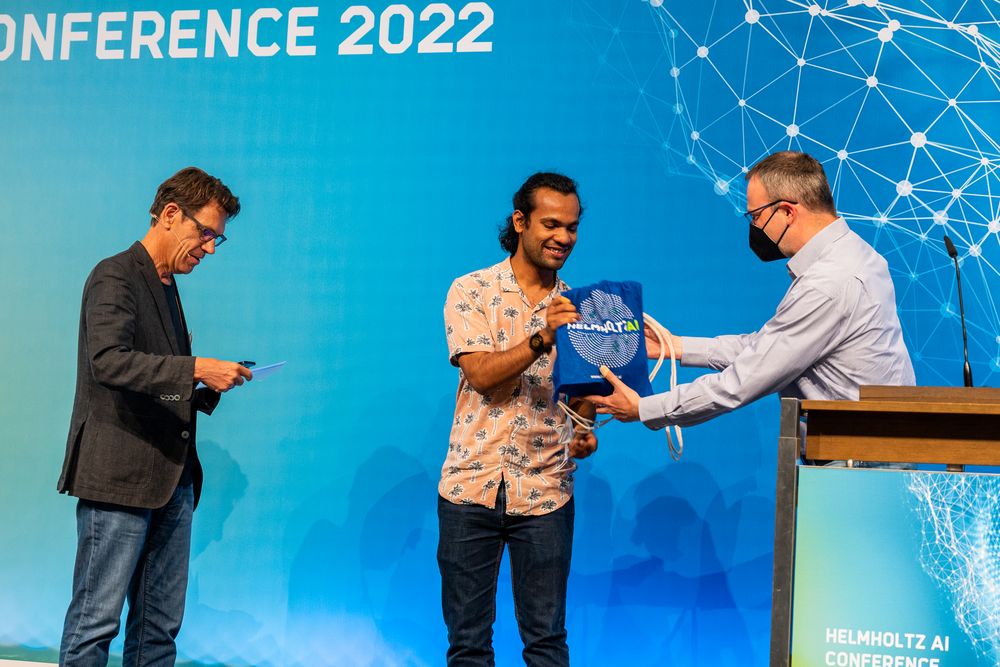