The ZDF program “Volle Kanne” shows a project on thermal bridge detection from Helmholtz AI consultants at KIT as an example for the use of high-performance computing.

“Have you ever seen a supercomputer as big as a living room up close? No, neither have we.” - this is how the presenter Nadine Krüger of the ZDF program Volle Kanne introduces a report about the high-performance computer at the Karlsruhe Institute of Technology (KIT). There, Volle Kanne reporter Florian Weiss meets Dr. Jennifer Buchmüller (KIT), who takes him on a guided tour through the multi-floor supercomputer facilities and its warm-water-based award-winning cooling system. Dr. Jennifer Buchmüller explains how such a supercomputer requires an enormous number of components - processors, data storage, cooling, network, and more - at a grand total price tag of 15 million euros. Ultimately, this finely tuned system delivers a performance, which is on par with 150,000 conventional laptops. 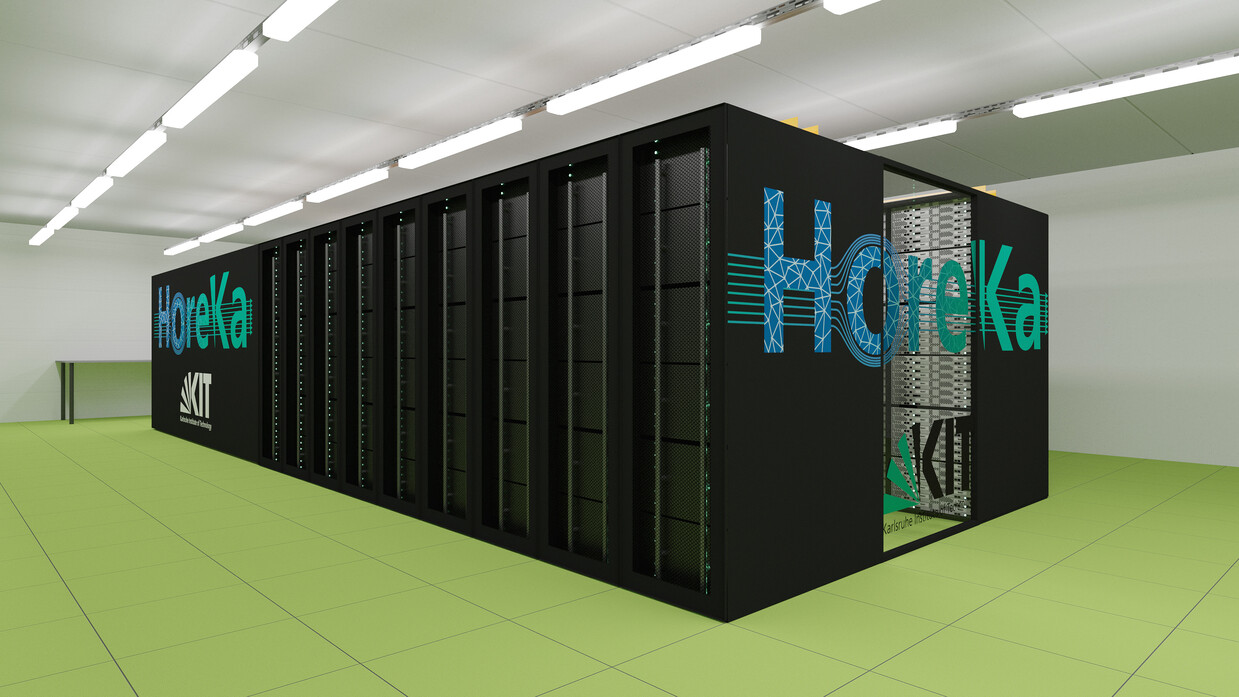 Figure: The supercomputer HoreKa at Karlsruhe Institute of Technology (KIT).

But, why do we need supercomputers?
In contrast to the brain, artificial intelligence has to be presented with a significantly larger number of  training examples, e.g. images, in order to learn. At the same time, the number of neurons and thus the number of control parameters is significantly higher. Currently, the largest artificial neural networks have up to 1.6 trillion of these parameters - that is 200 times the number of people living on our planet. Enormous computing power is required to train such large neural networks. If you wanted to train one of these networks on your PC or laptop, it would take years or even decades. Supercomputers can speed up these processes considerably, so that they only take a few days or weeks.

What are the researchers working on with AI?
As an example, Dr. Jennifer Buchmüller shows the collaboration of Dr. James Kahn, a Helmholtz AI consultant @KIT under the supervision of Dr. Markus Götz, with the group of Dr. Rebekka Volk (IIP) in line with the project "Drone-mounted thermography for energetic district analysis". The aim of the project is to analyze urban areas buildings and infrastructure and their energetic (especially thermal) quality. For this purpose, drone-based thermal images, taken by Air Bavarian GmbH and with special permission of the city of Karlsruhe, are used to evaluate the current energetic conditions of Karlsruhe's neighborhoods. Based on the collected data, energy losses, both heat and cold, are visualized on a large area. ZDF's Florian Weiss remarks that this is incredibly valuable information for cities, homeowners and businesses to improve their energy efficiency and reduce greenhouse gas emissions. Using HoreKa the semantic segmentation algorithm can be trained in less than 10 minutes. The same calculation would take several years on a regular laptop. 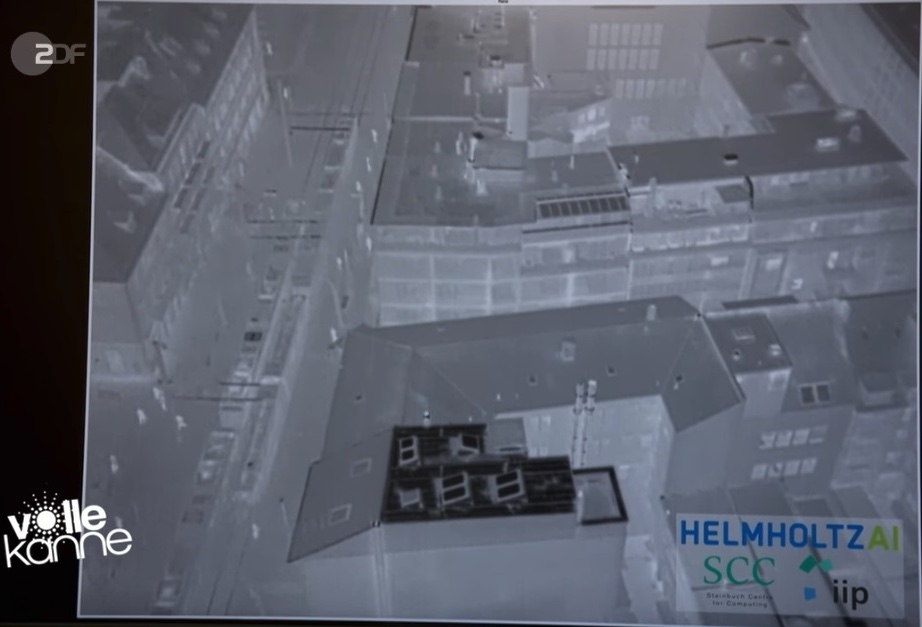 Figure: Thermal image of an urban area of Karlsruhe, taken by a drone.

The training of the AI uses only a small subset of the HoreKa supercomputer. Hence, several researchers can share the system.

With HoreKa KIT makes a major contribution to high-performance computing in Europe. Beyond that “[...] everyone benefits from this, because exact weather forecasts and complex climate models would not be possible without these supercomputers” - Florian Weiss finishes the report. Helmholtz AI researchers can access the HoreKa supercomputing system in line with the Helmholtz AI computing resources (HAICORE) initiative.